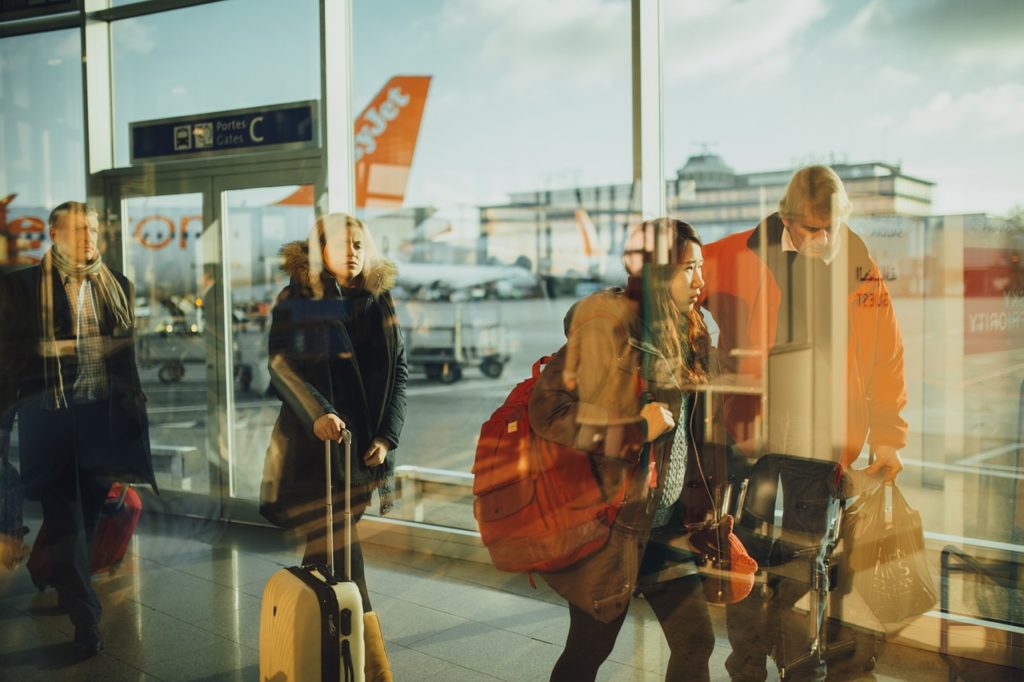 What Could be More Eco- Friendly than Airport Rideshare?

What Could be More Eco-Friendly than Airport Rideshare?

Los Angeles and the State of California have gone to a lot of trouble and expense promoting rideshare, either in the form of HOV lanes or corporate vanpool programs. In the meanwhile, the airport ground transportation industry has been promoting rideshare—in shuttle vans, to and from LAX—without any governmental subsidy! This was the seed of our idea. While the airport rideshare experiment is alive and well, and, incidentally, was birthed in Los Angeles (and LAX more specifically!) and from here spread to the rest of the country, it hasn’t quite fulfilled its potential. We wondered why not, and here’s what we came upon:

The industry has developed rather impressive technology with which to accomplish what is innately hard, and that is the combining of parties of passengers from their homes, into shuttle vans, back and forth to LAX. It’s a different route daily, thousands of times over. At the same time, the density of their pickups is inadequate. That is to say, there is consistent excess capacity.

This, by the way, is the same opportunity that Southwest Airlines happily bumbled upon in the early part of their history. Airplanes at that time routinely flew with a substantial number of empty seats. The airport rideshare industry at LAX is merely a low flying (very low flying) connecting airline, after all, representing the first leg of everyone’s journey—the leg from their home to the airport (our research has indicated that very few begin their trip from an airport, as very few people live at airports). 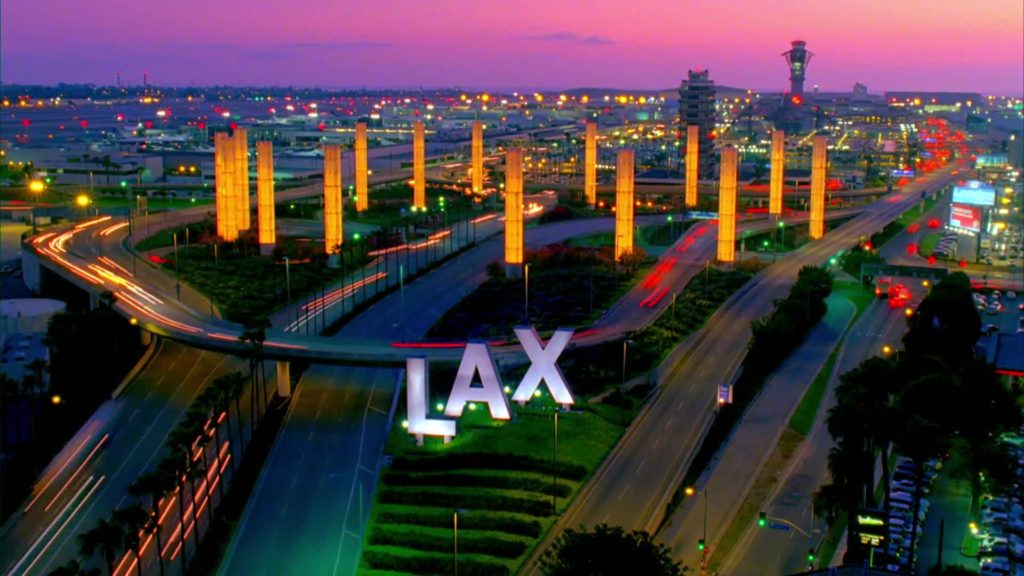 So, what did Southwest do about it? They offered super low fares. What this did was fill the empty seats, while at the same time raise the profitability of the overall flight. It increased the “load factor”.

Now, we know that Southwest did more than this. They subsequently aligned their operation so as to sustain low fare leadership. We believe there are those in the airport shuttle business at LAX that are up to the same challenge.

And the reward is so very large when they do! The LAX shuttle van industry has long known that, when they fulfill their promise of on-time service, shiny shuttle vans, professional drivers and sensible routes to and from LAX (in other words, taxi service doesn’t cut it!), they suck people right out of their private cars.

So, as we explored the possibilities further, we sought to calculate just how many private cars there are out there going to and from LAX each year. It turns out that it is a few million. That’s right, a few million! (We were shocked, too!) And not one or two million. Not even ten or twenty million. In the LAX market, the private car is responsible for the airport ground transportation of approximately 35 million passengers each year.

Just a couple of million would make all our dreams with this program come true. And it doesn’t stop at LAX. There’s all those other airports in Southern California. But, in our imagination this plan goes well beyond airports. Airport rideshare is just plan A.

Plan B is a little different.

Google is a very hip company. If you work at Google, they don’t want you driving yourself to work. They think that is carbon footprint foolish. Instead, they tell you that they will pick you up each morning, and take you home each evening in a shuttle, no matter what time, no matter if it’s a different time each day. This sure sounds like rideshare to me. So, the question is, why isn’t this shuttle industry, with all its rideshare technology and expertise, doing this?

Google alone runs a bigger transportation service than the city of San Francisco. So, this is Plan B: Home to work (or city center) rideshare.

Plan C is, to us, the most exciting.

If you’ve ever been to the Philippines, they have what is called a “jitney” bus system. It is very interesting. Besides the fact that the driver (usually the owner-operator) has decorated each according to their tastes—which sometimes is truly a sight to see—the operational aspects are of even more interest. It is an on-demand system, where you simply go out to a thoroughfare and hail the next going your way. You ride it for a while until you come to another highway or street crossing your route, throw what amounts to pennies to the owner-operator, and hop off to hop on another going the direction you need to go. 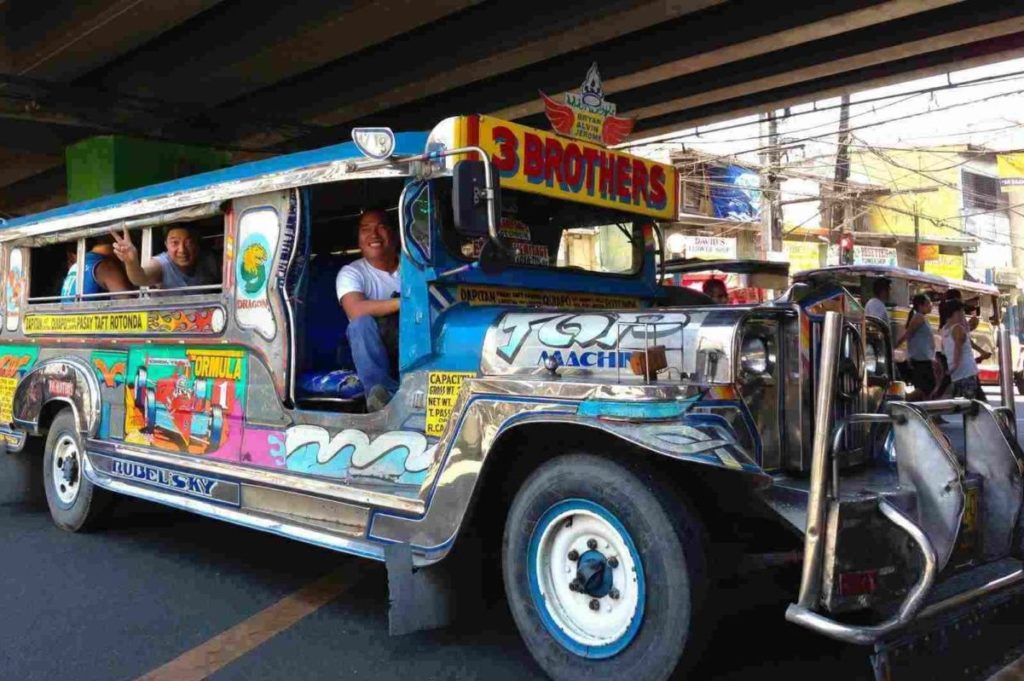 You will find this jitney type of transportation in many third world countries, and here’s the thing about it … it represents the most efficient means of ground transportation, bar none. Now, we know this is a bold statement, but here’s a little rideshare theory for you. If you have a 40 passenger bus and a nine-passenger shuttle van running side by side from point A to point B, which is more efficient? The bus is, of course. However, the thing about a shuttle van is that it can take a left … and a right … and another left or right. It is in the shuttle van’s flexibility, if you follow us, that it gets its efficiency.

In a metropolis, and particularly in a megalopolis such as Southern California, shuttle van rideshare is the most efficient form of ground transportation, precisely because of its flexibility. Passengers are no longer going from point A to point B, but they are coming from everywhere and going to everywhere.

It doesn’t work in Los Angeles for the owner-operator to decorate their shuttle van as they wish, of course. In America, we are particularly fond of uniformity and, even better, franchise-like uniformity. It also doesn’t work to hail the shuttle with a wave or a whistle. However, for the first time in history, we have what does work, and this is the smartphone. Imagine, if you will, reaching down to your iPhone at your hip and “hailing” your shuttle van. Your request goes directly into the automation, comes right back to you with the closest time to your requested shuttle van pickup, and you’re on your way! The automation can accomplish this because of all the technology readily available and affordable at this point in time. The automation knows where the shuttle van is, by its onboard GPS. The automation knows where the phone is, and already has the other items pertaining to payment from the passenger having previously established a login.

Now imagine ubiquitous shiny shuttle vans throughout the city, with happy owner-operators just following the pickups all day—like one big video game—the automation not only indicating another real-time pickup for them but guiding their shuttle van to it. If we establish a flat fare to anywhere—twenty bucks to anywhere, for example—who wouldn’t use us from time to time? That is, everyone would if indeed you got an immaculate shuttle van, bright driver, safe and sensible route (which improves over time as the automation “learns”), every time.

Imagine this, if you will. However, it isn’t hard to see that this is indeed the right time in history for this and, if accomplished, would indeed be revolutionary. This is mass transportation that is personalized and hip; for the first time, true “hop-on, hop off” transportation, made possible by state-of-the-art technology, and with reclining seats and Wi-Fi onboard. At the same time, it’s good for society! Each shuttle van represents three cars off the road. When you use it, you’re reducing pollution, mitigating traffic, decreasing our reliance on foreign oil, and supporting a transportation system that doesn’t require huge governmental infrastructure outlays. Quite an advertising hook in this Going Greenage.

Okay, so let’s say that we’re just wild-eyed entrepreneurs, and that Plan C can never be accomplished. Here’s the thing, though … just in shooting for it, you accomplish Plans A and B, and that would be well worth the effort. In Plan A alone, the potential ridership is so high, it’s like the skyscraper above of which, for the life of you, you can’t see the top. Thirty-five million cars are so many it washes out the concerns of seasonality and threat of terrorist attack. The only concern is whether we can get people out of their cars, and the LAX shuttle van industry answered that question long ago. If you fill the quality gap, they will come, and they will come in droves.